(4:40) The role of VR in Interplay Learning’s curriculum

(22:50) What kind of results in Interplay Learning seeing in the market?

“That’s the gap that we’re trying to fill. We put up an on-demand, online catalog for electrical, mechanical, and industrial workers trying to activate the learning around these technician trades.” (4:04)

“Ultimately it’s all about being active for a learner...they want to get their hands in there, and we allow them to do that.” (7:42)

“When we built the 2D stuff, we knew who our audience was. It was not a legacy old textbook. Everything we have is four minutes or less...We recognize that’s how we’re going to be able to be effective with this population.” (19:10)

Buried in the Sky by Amanda Padoan and Peter Zuckerman

Virtual Reality Training for the Next Generation of Trades

The facility maintenance industry is facing an issue regarding its skilled workers. With the average age of technicians as high as it is, a skills gap has developed as the older generation of workers retire. The young generation of technicians, mostly millennials, are largely under-trained, as the age gap between 65+ year-olds and people in their twenties has proven to cause difficulties in training.

Doug Donovan, founder and CEO of Interplay learning, thinks he has found a solution to these training concerns. Doug’s company pushes the boundaries of simulation and virtual reality to train this new generation of skilled tradespeople quickly. They offer on-demand, online courses for HVAC, solar, plumbing, electrical, and facility maintenance training.

Interplay Learning benefited considerably as VR and 3D simulation technology became more widely available and affordable. Other industries, such as aviation, military, and medical fields, have been able to use this technology for decades due to their enormous budgets. As costs have dropped from a $3 million simulator to a $300 set of VR goggles, Interplay Learning saw an opportunity to create a virtual space for a tech-savvy generation to get hands-on training in a safe and accessible environment. With the use of VR, you can put on a headset and immediately be transported to a boiler room, a rooftop, or other possible job sites to use tools and practice real-life situations that you will encounter in the future.

While VR is unequivocally the flashy portion of what Interplay Learning does, its simulation training offers the opportunity to learn and prepare from a computer. Its VR is predominantly set up and used at conferences and conventions, which means that it is mostly unavailable throughout the COVID pandemic. The simulation training provides a space for people to continue their education from home while avoiding the mundane aspects of studying a dated textbook.

VR and simulation training are not the only avenues that Interplay Learning uses in its coursework. Videos are also an essential part of the curriculum; however, the company knows its audience. The video lessons are made to be quick-hitting, and they are four minutes or less. It is clear that Interplay Learning has done its best to understand how the younger generation learns best, and it has created a curriculum based on this information.

Interplay Learning has seen its best results in a couple of ways. When enterprises have a career laddering program and are dedicated to building career paths for employees, Interplay Learning can introduce its curriculum to help fight the skills gap. The company also helps these enterprises by emphasizing preventative maintenance to cut down on the necessity of third-party service companies.

All of Interplay Learning’s courses are available through a $300/yr subscription. Click here for more information.

How Leaders Influence What Their Teams Focus

Leadership in Hard Times and Innovating to Win with Jon Bolen

A Covid-19 Story- Transitioning from FM to Vendor 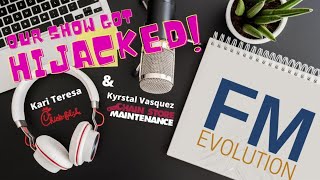 Facilities was Dumped in Your Lap, Now What? 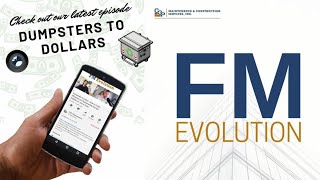